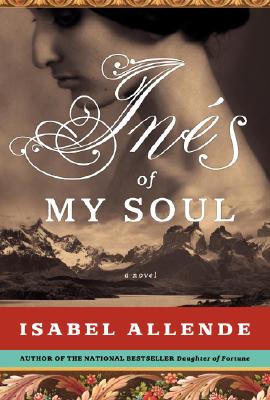 Born into a poor family in Spain, Ines, a seamstress, finds herself condemned to a life of hard work without reward or hope for the future. It is the sixteenth century, the beginning of the Spanish conquest of the Americas, and when her shiftless husband disappears to the New World, Ines uses the opportunity to search for him as an excuse to flee her stifling homeland and seek adventure. After her treacherous journey takes her to Peru, she learns that her husband has died in battle. Soon she begins a fiery love affair with a man who will change the course of her life: Pedro de Valdivia, war hero and field marshal to the famed Francisco Pizarro.

Valdivia's dream is to succeed where other Spaniards have failed: to become the conquerer of Chile. The natives of Chile are fearsome warriors, and the land is rumored to be barren of gold, but this suits Valdivia, who seeks only honor and glory. Together the lovers Ines Suarez and Pedro de Valdivia will build the new city of Santiago, and they will wage a bloody, ruthless war against the indigenous Chileans--the fierce local Indians led by the chief Michimalonko, and the even fiercer Mapuche from the south. The horrific struggle will change them forever, pulling each of them toward their separate destinies.

Ines of My Soul is a work of breathtaking scope: meticulously researched, it engagingly dramatizes the known events of Ines Suarez's life, crafting them into a novel full of the narrative brilliance and passion readers have come to expect from Isabel Allende.

Title: Ines of My Soul: A Novel