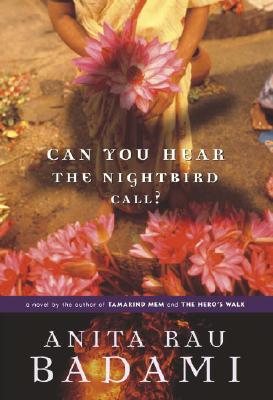 Set against the tumultuous backdrop of a fragmenting Punjab and moving between Canada and India, Can you Hear the Nightbird Call? charts the interweaving stories of three Indian women - Bibi-ji, Leela and Nimmo - each in search of a resting place amid rapidly changing personal and political landscapes. The ambitious, defiant Sikh Bibi-ji, born Sharanjeet Kaur in a Punjabi village, steals her sister Kanwar's destiny, thereby gaining passage to Canada. Leela Bhat, born to a German mother and a Hindu father, is doomed to walk the earth as a half-and-half. Leela's childhood in Bangalore is scarred by her in-between identity and by the great unhappiness of her mother, Rosa, an outcast in their conservative Hindu home. Years after Rosa's shadowy death, Leela has learned to deal with her in-between status, and she marries Balu Bhat, a man from a family of purebred Hindu Brahmins, thus acquiring status and a tenuous stability. However, when Balu insists on emigrating to Canada, Leela must trade her newfound comfort for yet another beginning. Once in Vancouver with her husband and two children, Leela's initial reluctance to leave home gradually evolves. While Bibi-ji gains access to a life of luxury in Canada, her sister Kanwar, left behind to weather the brutal violence of the Partition of India and Pakistan in 1947, is not so fortunate. She disappears, leaving Bibi-ji bereft and guilt-ridden. Meanwhile, a little girl, who just might be Kanwar's six-year-old daughter Nimmo, makes her way to Delhi, where she is adopted, marries and goes on to build a life with her loving husband, Satpal. Although this existence is constantly threatened by poverty, Nimmo cherishes it, filled asit is with love and laughter, and she guards it fiercely. Across the world, Bibi-ji is plagued by unhappiness: she is unable to have a child. She believes that it is her punishment for having stolen her sister's future, but tries to drown her sorrows by investing all her energies into her increasingly successful restaurant called the Delhi Junction. This restaurant becomes the place where members of the growing Vancouver Indo-Canadian community come to dispute and discuss their pasts, presents and futures. Over the years, Bibi-ji tries to uncover her sister Kanwar's fate but is unsuccessful until Leela Bhat - carrying a message from Satpal, Nimmo's husband - helps Bibi-ji reconnect with the woman she comes to believe is her niece - Nimmo. Used to getting whatever she has wanted from life, Bibi-ji subtly pressures Nimmo into giving up Jasbeer, her oldest child, into her care. Eight-year old Jasbeer does not settle well in Vancouver. Resentful of his parents' decision to send him away, he finds a sense of identity only in the stories, of Sikh ancestry, real and imagined, told to him by Bibi-ji's husband, Pa-ji. Over the years, his childish resentments harden, and when a radical preacher named Dr. Randhawa arrives in Vancouver, preaching the need for a separate Sikh homeland, Jasbeer is easily seduced by his violent rhetoric. Can You Hear the Nightbird Call? elegantly moves back and forth between the growing desi community in Vancouver and the increasingly conflicted worlds of Punjab and Delhi, where rifts between Sikhs and Hindus are growing. In June 1984, just as political tensions within India begin to spiral out of control, Bibi-ji and Pa-ji decide to make their annualpilgrimage to the Golden Temple in Amritsar, the holiest of Sikh shrines. While they are there, the temple is stormed by Indian government troops attempting to contain Sikh extremists hiding inside the temple compound. The results are devastating. Then, in October of the same year, Indira Gandhi is murdered by her two Sikh bodyguards, an act of vengeance for the assault on the temple. The assassination sets off a wave of violence against innocent Sikhs. The tide of anger and violence spills across borders and floods into distant Canada, and into the lives of neighbours Bibi-ji and Leela. Can You Hear the Nightbird Call? weaves together the personal and the political - and beautifully brings the reader into the reality of terrorism and religious intolerance. Bibi-ji turned to gaze out at the street. They could become far more prosperous, she was sure of that. Opportunities lay around them like pearls on these streets. But they were visible only to people with sharp eyes. What are you looking at, Bibi-ji? Lalloo asked, coming around to the front with a box full of pickle jars. He lowered it carefully on the floor and stared out the window. What am I looking for, Lalloo, for, Bibi-ji corrected. I am looking for pearls. I don't see anything there, Bibi-ji, Lalloo remarked after a few moments. She laughed. Neither do I, but I will. I know I will. The war had left the whole world poorer: why had Pa-ji not thought of opening a used-clothing store instead of this Indian grocery shop? She wondered whether the shop would do better in Abbotsford or in Duncan, where there were more Sikhs than here in Vancouver. But no, she had a feeling that it was acity with a future, one in which she would be wise to invest her money and her hard work. -from Can You Hear the Nightbird Call?

Title: Can You Hear the Nightbird Call?