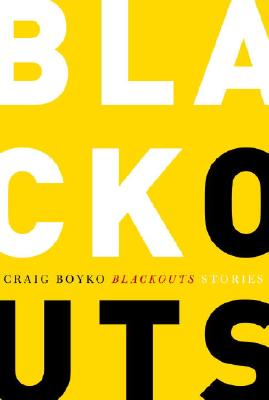 An exceptional fiction debut from a writer who is destined to break out and become this year's David Bezmozgis With this breathtaking first book of stories, twenty-eight-year-old Craig Boyko joins the front ranks of Canada's finest young writers. Boyko's stories explore those crucial moments when we seem most lost to ourselves and to those who think they know us best. Yet, whether he inhabits the mind of a precocious preteen or an elderly man, Boyko gives us characters we feel we have always known. When a man loses the will to live, a special replacement program allows him to go on -- with one important difference. During the London Blitz, a professional skeptic attempts to refute the ESP experiments of a committed believer in the paranormal, only to have his own faith challenged by an unlikely source. In the Journey Prize--nominated ozy, a twelve-year-old learns something about mortality when the boys in his neighbourhood vie for the glory that comes with claiming a spot on an arcade game's high-scores list. In a story set against the backdrop of Stalinist Russia, a seasoned political informant finds himself questioning long-held beliefs after a series of charged encounters with a fallen aristocrat. By turns exuberant and elegiac, moving and intellectually playful, profound and delightfully droll, Blackouts marks the debut of a staggeringly talented writer of astonishing range, originality, and vision.