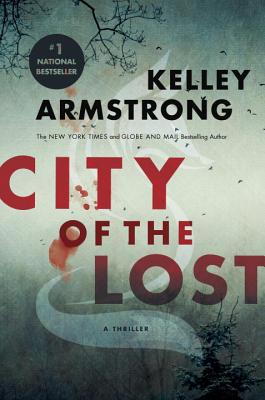 Where would you go if you suddenly had to disappear? In her new bestselling thriller, City of the Lost, our New York Times and Globe and Mail bestselling author Kelley Armstrong delivers us to Rockton, a secret little town in the far north where the hunted go to hide. And where a hunter has now come to play.

Casey Duncan once killed a man and got away with it. But that's not why she's on the run. Her best friend's ex has found Diana again, despite all Casey has done to protect her. And Diana has decided the only way she'll ever be safe is if she finds the mythical town she's heard of where people like her can go to hide. Turns out the town really exists, and will take Diana, but only if Casey, a talented young police detective, comes too.

Imagine a hidden town, isolated in the Yukon wilderness, where everyone is pretending to be someone they're not. Even good people can get up to some very bad stuff. The laconic town sheriff dispenses his own frontier justice, but he's more accustomed to sobering up drunks in the horse trough, than attempting to solve the series of brutal murders that has rocked the town. As much as he hates it, he needs Casey. As for Casey, coming to the far North may have started out as a sacrifice she was willing to make for her best friend. But maybe, just maybe, she needs Rockton as much as the town needs her.

Title: City of the Lost