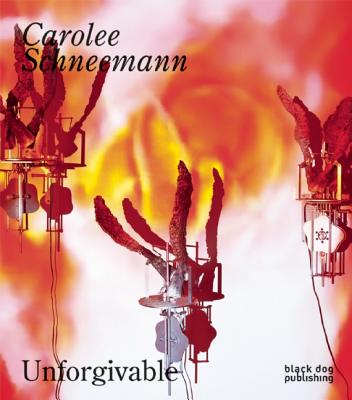 *Carolee Schneemann is the recipient of the Golden Lion for Lifetime Achievement Award at the 57th Venice Bienalle 2017*
Carolee Schneemann is one of the most important artists of the postwar period. Her work in a range of media--painting, film, video, dance and performance, constructions and installations, the written word, and assemblage--presents an unparalleled catalogue of radical aesthetic experimentation. Meat Joy, 1964, Fuses, 1964-66, Up To and Including Her Limits, 1973-1976, and Interior Scroll, 1975, are now considered canonical projects, required entries in any meaningful account of contemporary art, belying their once notoriety as feminist challenges of the very concept of the art historical canon.
Throughout the last fifty years, Schneemann has participated in the most significant formulations of the avant-garde, having made crucial contributions in Fluxus, happenings, expanded cinema, and performance cultures, while complicating generic definitions that might cohere to her work. Schneemann has been the subject of numerous exhibitions and publications throughout her career, and her work is in the collections of Tate Modern, Commune di Milano, Centre Georges Pompidou, Muzeum Wspoczesne Wroclaw, Whitney Museum of American Art and the Museum of Modern Art.
Carolee Schneemann: Unforgivable is the most thorough visual overview of Schneemann's work to date. Organized by five interrelated categories--Interviews and Correspondence, Painting, Cinema, Sites, and Technological Processes--this volume brings together previously published essays and interviews by authorities on the artist's work. The texts, many scarce or out of print, examine the significance of Schneemann's work in its historical context, and its vital urgency for our present.
Contributors: Stephane Aquin, Emily Caigan, R Bruce Elder, Ron Hanson, Juan Carlos Kase, Brett Kashmere, Anette Kubitza, Erica Levin, Scott MacDonald, Thomas McEvilley, Ara Osterweil, Melissa Ragona, Maura Reilly, Kristine Stiles and Kenneth White.