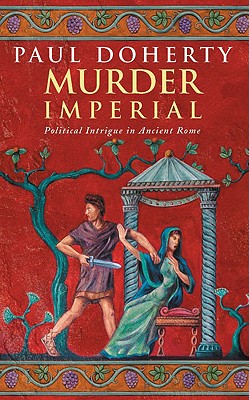 313 AD. Under the rule of Emperor Constantine, Rome finally appears to be emerging from its turbulent past. In order to consolidate his control and under the guidance of his mother Helena, Constantine plans to harness the power of the increasingly influential Christian Church. But his loyalties are brought into question when three courtesans from the Guild of Aphrodite - a guild Constantine himself frequents - are found dead. All three bodies have crosses etched on their foreheads and each cheek. Aiming to protect her son's future, Helena calls upon the service of an 'agente in rebus politicis' - or spy. Claudia is the niece of a tavern-owner and is placed as a wine-server in Constantine's household. But Claudia has secret motives of her own...