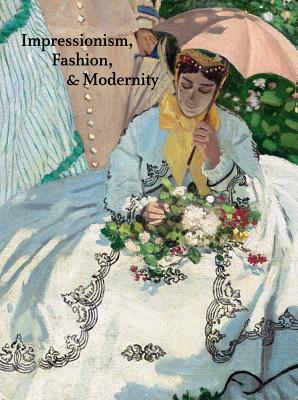 This volume is the first to explore fashion as a critical aspect of modernity, one that paralleled and many times converged with the development of Impressionism, starting in the 1860s and continuing through the next two decades, when fashion attracted the foremost writers and artists of the day. Although they have depicted fashionable subjects throughout history, for many artists and writers, including Charles Baudelaire, Stephane Mallarme, Emile Zola, Gustave Caillebotte, Edgar Degas, Edouard Manet, Claude Monet, Berthe Morisot, and Pierre-Auguste Renoir, fashion became integral to the search for new literary and visual expression. In a series of essays that examine fashion and its social, cultural, and artistic context during some of the most important years of the Impressionist era years that also gave birth to the modern fashion industry a group of fifteen scholars, drawn from five interdisciplinary fields, examine approximately 140 Impressionist-era artworks, including those by dedicated fashion portraitists, in light of the rise of the department store, new working methods for designing clothing, and new social and technological changes that led to the democratization of fashion and, simultaneously, its ascendance as a vehicle for modernity."