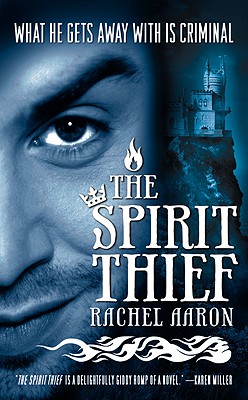 Eli Monpress is talented. He's charming. And he's a thief.

But not just any thief. He's the greatest thief of the age - and he's also a wizard. And with the help of his partners - a swordsman with the most powerful magic sword in the world but no magical ability of his own, and a demonseed who can step through shadows and punch through walls - he's going to put his plan into effect. The first step is to increase the size of the bounty on his head, so he'll need to steal some big things. But he'll start small for now. He'll just steal something that no one will miss - at least for a while. Like a king.