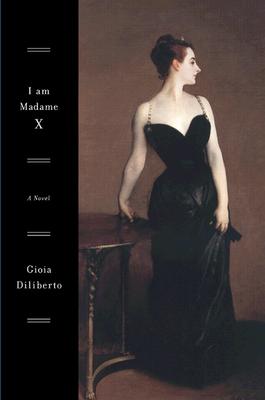 The life of Virginie Gautreau, the notorious beauty of Madame X, John Singer Sargent's most famous and scandalous portrait, provides inspiration for this absorbing and intriguing novel.

Madame X caused an immediate furor when Sargent unveiled it at the 1884 Paris Salon. The subject's bold pose, provocative dress, and decadent pallor shocked the public, and the critics panned the picture, smashing Sargent's dream of a Paris career. The artist soon relocated to England, where he established himself as the favorite portrait painter of the wealthy.

In this remarkable novel, Gioia Diliberto tells Virginie's story, drawing on the sketchy facts of Virginie's life to re-create her tempestuous personality and the captivating milieu of nineteenth-century Paris. Born in New Orleans to two of Louisiana's prominent Creole families and raised at Parlange, her grandmother's lush plantation, Virginie fled to France with her mother and sister during the Civil War. The family settled in Paris among other expatriate Southerners and hoped, through their French ancestry, to insinuate themselves into high society. They soon were absorbed into the fascinating and wealthy world of grand ballrooms, dressmakers' salons, luxurious country estates, and artists' ateliers. Because of Virginie's striking appearance and vivid character, her mother pinned the family's hopes for social acceptance on her daughter, who became a "professional beauty" and married a French banker. Even before Sargent painted her portrait, Virginie's reputation for promiscuity and showy self-display made her the subject of vicious Paris gossip.

I Am Madame X is a compulsively readable immersion in Belle Epoque Paris. It isalso the story of a great work of art, illuminating the struggle between Virginie and Sargent as they fought to control the outcome of a painting that changed their lives and affected the course of art history.

Title: I Am Madame X: A Novel (Lisa Drew Books)