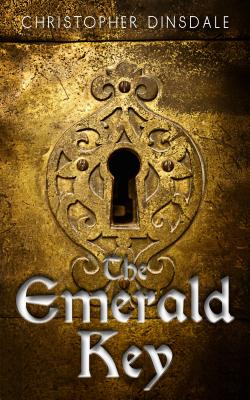 The Emerald Key is lost, and James must leave Ireland for Canada to rescue his brother and the treasure.

In 1847, after a confrontation with British soldiers, Jamie Galway awakens from a coma to find his brother, Ryan, and the ancient Irish text they had sworn to protect are missing. Jamie learns that his brother has been forced onto a ship bound for Canada. The ancient script, one of the keys to the secret location of a priceless treasure, has gone with him. On the advice of a secretive band of priests called the Brotherhood, Jamie crosses the Atlantic to find his brother and ...
View More...

The Wonder: A Novel

SHORTLISTED for the 2010 Man Booker Prize

SHORTLISTED for the 2010 Governor General's Award

To five-year-old Jack, Room is the entire world. It s where he was born and where he and his Ma eat and play and learn. At night, Ma puts him safely to sleep in the wardrobe, in caseOld Nick comes.

Room is home to Jack, but to Ma, it s the prison where Old Nick has kept her for seven years, since she was nineteen. Through ingenuity and determination, Ma has created a life for herself and her son, but she knows it s not enough for either oft...
View More...

Under the Visible Life

Fatherless Katherine carries the stigma of her mixed-race background through an era that is hostile to her and all she represents. It is only through music that she finds the freedom to temporarily escape and dream of a better life for herself, nurturing this hard-won refuge throughout the vagaries of unexpected motherhood and an absent husband, and relying on her talent to build a future for her family.

Orphaned Mahsa also grows up in the shadow of loss, sent to relatives in Pakistan after the death of her parents. Struggling to break free, she escapes to Montreal, leaving behind her first...
View More...

A sixteen year old girl falls in love with a Cambodian student. A revolutionary closes the borders of a country for four years. Families, friends, lovers disappear. Kim Echlin's powerful new novel tells the story of Anne Greves, from Montreal, who meets Serey, a Cambodian student forced into exile when he cannot return home during Pol Pot's time of terror. Anne and Serey meet in a jazz club where their shared passion for music turns into a passion for each other, against the will of her father.

But when the borders of Cambodia open, Serey is compelled to ...
View More... 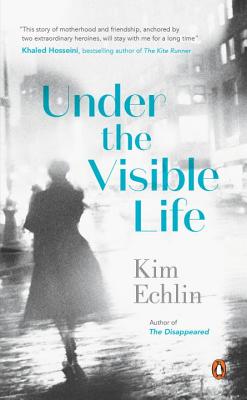 Under the Visible Life

"I lost count of how many times I was caught off-guard by the poignancy of this novel . . . This story of motherhood and friendship, anchored by two extraordinary heroines, will stay with me for a long time."--Khaled Hosseini, author of The Kite Runner

"A love song to music itself." - The Globe and Mail Fatherless Katherine carries the stigma of her mixed-race background through an era that is hostile to her and all she represents. It is only through music that she finds the freedom to temporarily escape and dream of a better life for herself, nurturing this har...
View More...

Good to a Fault